The new home for all of our tax services, under one simple login.

We have an in-depth knowledge of modern-day practices in this sector, and our solutions have been created to meet the unique requirements of architects and consultant engineers.

Markel UK offers a wide variety of coverages for professional risks such as architects & engineers.

We provide solutions and services for professionals such as:

Professional indemnity policies have traditionally been arranged on a standalone basis, but we provide a menu offering that allows other types of business protection to be arranged, often under the same policy – resulting in a robust insurance solution designed to minimise gaps in cover. Our menu of covers includes:

Responsibility as an employer

Key products and services sold on a standalone basis to this industry: 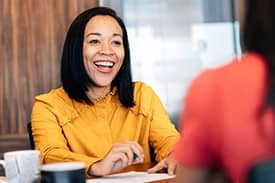 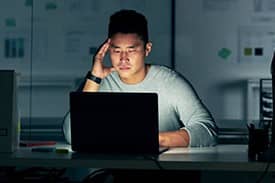 Cyber risks cover designed to protect against both liabilities and the policyholder’s own losses, including legal, IT security and regulatory costs. 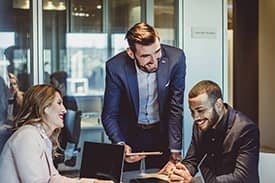 Clients also have access to additional services to help policyholders navigate everyday challenges. Depending on your coverage, you can opt in or add services you need for an additional cost.
Explore all services

Expert guidance and advice on dealing with the media where a claim has the potential to result in adverse press attention. We’ll evaluate the situation and provide the necessary guidance and personal support.

Previously Law Hub, is an online hub containing 850+ DIY contracts, policies, forms, and letter templates, covering every area of business, including health and safety, trading and contracts, and cyber and data.

We’ve been providing professional indemnity solutions for over 30 years. Our professional indemnity combined product is provided as a ‘menu’ offering that allows other types of business protection to be arranged under the same policy. It is tailored to meet the needs of the sectors we operate in, with additional benefits to help navigate everyday challenges, as well as being backed by a multi-award-winning claims team.
Learn more

The insured assisted a long-running client in the development project of a large listed building. The costs of the development increased significantly resulting in the insured losing in excess of £500,000. The claimant brought a claim against the insured alleging that the insured had not solely acted as the architect but as a project manager responsible for the oversight of the whole project and as an advisor in the size and availability of a grant. Allegations were also brought about the level of information and the actual advice provided by the insured in his employed role.

The insured disputed the allegations and both sides adopted polarised positions. The matter was extremely complicated with issues relating to the available evidence, contractual responsibilities and the involvement of multiple satellite parties. The matter subsequently proceeded to mediation. The combined legal costs to proceed to trial were estimated by both parties to exceed £750,000 and liability depended on which party was believed based primarily on witness evidence. The claim was settled at mediation to the satisfaction of both parties for a sum in excess of £330,000 including legal fees.

Access proposal forms to request a quote or view technical documents related to our products or services.

From our 24/7 business and legal helpline, to our R&D tax relief consultancy, our customers have access to our legal and tax services, providing a complete solution for their wider business needs and goals.

We aim to settle claims as efficiently as possible so our policyholders can get on with their lives.

View our brochure to find out more about our services.

Does your existing insurer provide market-leading solutions for UK SMEs?