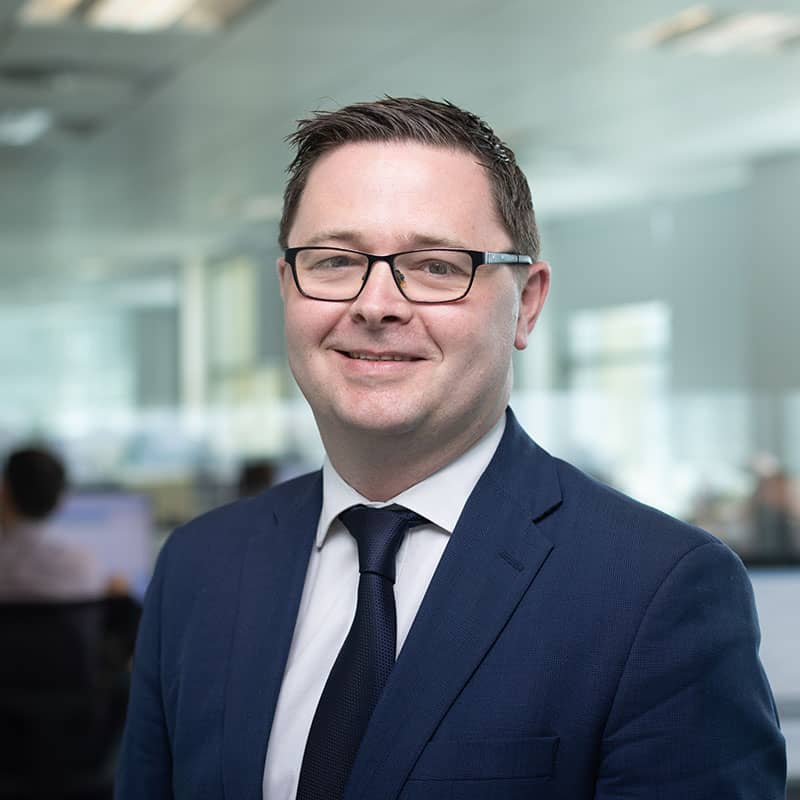 Gareth is an experienced Criminal Defence and Regulatory Solicitor specialising in defending businesses and individuals under investigation. He regularly advises clients from the outset of proceedings, from interviews under caution through to the final hearings and appeals. He primarily deals with cases prosecuted by the police, fire authorities, HSE, Trading Standards and CQC. He can also provide advice and support to regulated professionals where concerns are raised in relation to their fitness to practise.

Health, Safety and Environmental – Gareth is regularly instructed to represent individual directors and companies in respect of investigations and prosecutions into alleged regulatory breaches. He is experienced in representing clients from a range of industries in relation to a wide spectrum of regulatory offences. Recently, he has been instructed to represent a company and managing director in a prosecution under section 2 Health and Safety at Work Act in relation to allegations that a number of employees contracted hand arm vibration syndrome. He regularly acts for companies in respect of investigations into falls from height, as well as, businesses accused of not conducting suitable and sufficient risk assessments. He was also recently instructed to represent a company in respect of multiple alleged breaches of the Regulatory Reform (Fire Safety) Order 2005 following the death of a care home resident in 2015.

Inquests – Gareth has been instructed by businesses and individuals who have been designated as interested persons in inquest proceedings. He has particular experience in assisting those in the care home sector. Such cases often involve sensitive issues which can impact on other pieces of litigation, particularly where there is a potential for criticism by the coroner. He has acted for nursing homes in inquests into the deaths of residents who have died after not having been administered medicine. He has also represented several care homes and the care staff in inquests following the deaths of residents who have fallen and passed away several weeks later.

Crime – Gareth has been instructed by clients in high-profile criminal cases including the most serious offences brought before the courts. He represents clients from the outset of the investigation, including personal attendance at interview under caution, through to trial. When instructed at an early stage, he has a very good record of matters not progressing beyond the interview stage.

Licensing – Gareth appreciates the far-reaching consequences of a licence being refused and/or enforcement action being taken and provides straightforward, practical advice and support. He has recently represented a music venue in appeal proceedings stemming from a decision to revoke its licence that was settled by way of consent, allowing the venue to continue to operate. He has also represented a shooting club in appeal proceedings against the local authority’s decision to issue a noise abatement notice. Following submissions and lengthy discussions with the lawyer for the local authority, the notice was withdrawn.